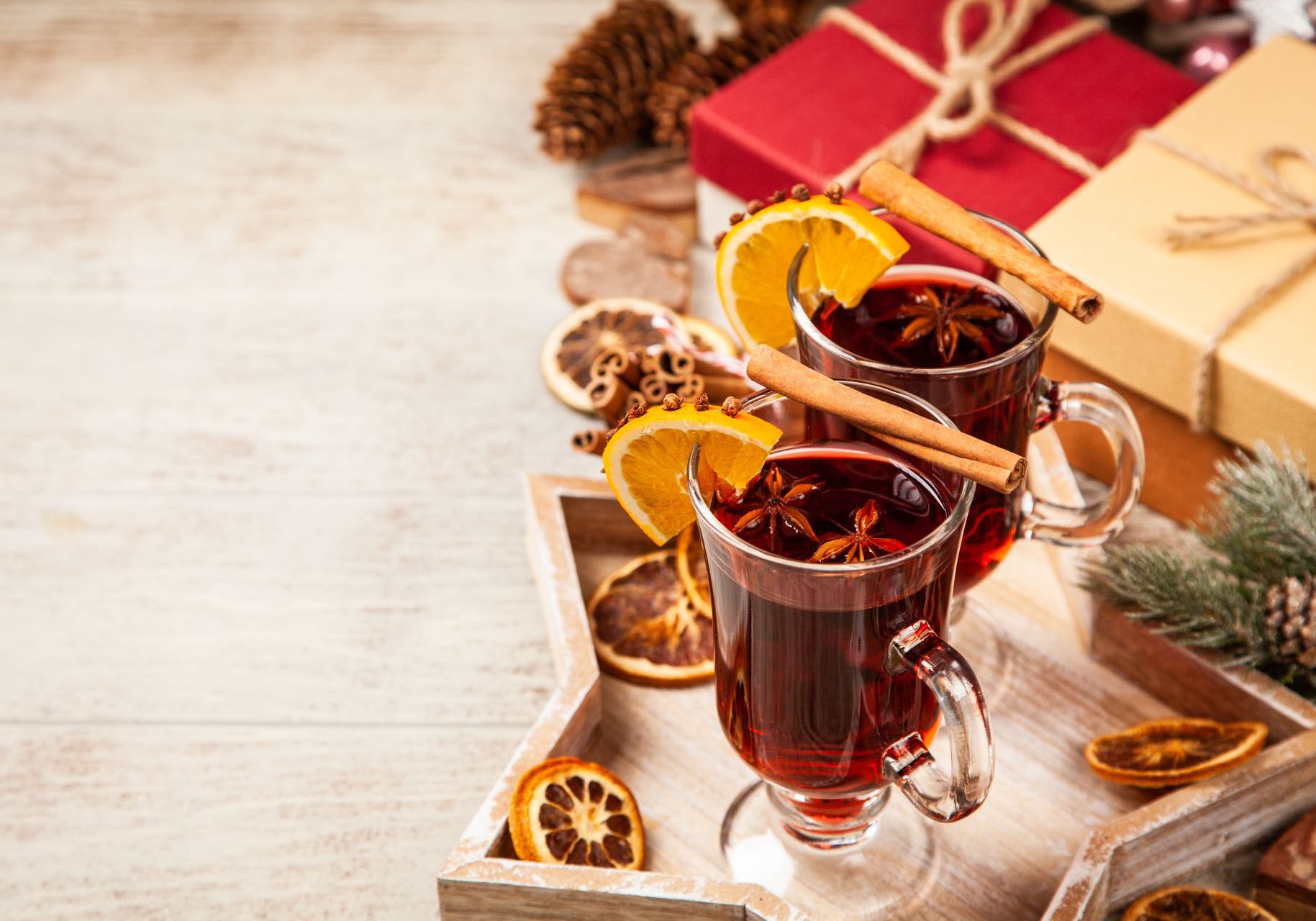 What is Mulled Wine?

Mulled wine, also known as spiced wine, is a drink based on red wine. The mulled wine is served hot or warm, and it is alcoholic. It has become a traditional Christmas drink across Europe. You will frequently see it served in "Christmas markets." In addition to the red wine, various "mulling spices" are added, and occasionally raisins will be included.

There are variations in Mulled Wine across Europe. Various recipes exist, and over time these recipes have evolved. An early English cookbook, called "The Forme of Cury," written by Richard II's Chief Master Cook, has a recipe for Mulled Wine.

Charles Dickens mentioned one particular recipe called "Smoking Bishop," but this, once a popular choice, is no longer drunk. Dickens, in his work "A Christmas Carol," has scrooge at the end offering to assist Bob Cratchit, something they will discuss over a Christmas bowl of Smoking Bishop. At the end of this article, we provide the recipe for this Dickensian Christmas drink.

The History of Mulled Wine

The origin of Mulled Wine is the Roman Empire, like so many other things. In the 2ndcentury, as Roman Legions spread out from Italy, taking their Italian Red Wine with them, they met with colder climates than many had been used to. So they started to warm their wine to fortify their bodies from the extreme cold. As the Romans occupied wider areas of mainland Europe and England, they introduced this custom to the local populations. It became trendy and mulled wine variations were developed across Europe, stretching from the East (Poland up to Lithuania) across to Britain in the west. It also extended its range into the northern Scandinavian countries.

Mulled wine remained a popular winter drink for several centuries, often with added herbs for health reasons. In recent years it lost some of its popularity in Europe except as a traditional Christmas drink. However, in the colderScandinavian countries, it retains its popularity even until today. With the influx of European immigrants, mulled wine, especially the Christmas aspects, became embedded in American culture. It can also be found in South America.

Vin Brule; is the name for Italian mulled wine. It's made with Italian red wine and spices and served hot. The word ‘Brule’; comes from the french word Brule; (burnt). As stated earlier, the concept of mulled wine goes back to the Romans. It is a warming drink for the winter and considered a remedy for colds and flu. The basis of this is the anti-inflammatory effects of wine and the antiseptic and antioxidant properties of cloves and cinnamon, which are also added.

Many recipe variations can be found in different regions. However, the major difference between Vin Brule; and Mulled wine is more relevant. Mulled wine is typically just warmed and remains alcoholic (in fact, people often add brandy for a bigger kick), whereas Vin Brule; is boiled until all the alcohol is gone.

Around late November, Christmas markets start to appear all over Italy, and one of the things that they sell in Vin Brule; is typically served in ceramic mugs.

Back in the 1800s, they would roast Seville Oranges on the fire hearth. They are roasted just enough for the skins to start to brown. This releases essential oils, a smoky element to the mulled wine. If unable to find Seville Oranges, lemons will suffice. Now, let's take a look at how you can enjoy Smoking Bishop.

Preheat the oven to 180°C. Stick five cloves into five oranges and then cut each orange in half. Slice the lemon in half as well. Pit the fruit on a baking sheet and roast for 35 to 40 minutes until the bottom is dark brown and the fruit opens up.

Use tongs, put the fruit into a large bowl, and add brown sugar, cinnamon sticks, and star anise. Pour a bottle of red wine. I use Chianti (you can buy wine online very economically). Cover this and leave it in the window for 24 hours. This allows the fruit time to release its essential oils. The next day uses a strainer to remove the pulp-strain into a pot. Discard the fruit's skins and then add the star anise and cinnamon sticks back into the pot. Heat this mixture until it is almost simmering, and then add the port and return the mix to the smoking point (just below simmering).

Remove the cinnamon sticks and star anise and serve the Smoking Bishop in a large punchbowl while still hot.