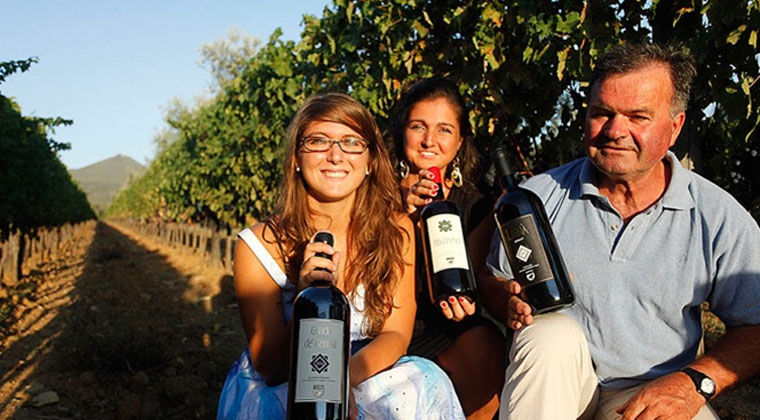 Giovanni Chiappini winery is situated in the heart of the DOC Bolgheri zone at the Via Bolgherese, the road where the most important wine estates of the Bolgheri wine region are located.

The story of the winery tells us about the family tradition started by the head of the family, Giovanni Chiappini, son of the farmers who moved from Marche to Bolgheri region in the ﬁfties. This tradition was inherited by the two daughters Martina and Lisa who support their father in the work on the estate. A particular difference in the work and the growth of the Chiappini family is found in their special connection to the soil, interpreted as ‘mother earth’ and cultivated in symbiosis with the working power.

The total area of the estate is about 23 hectares which include 6 vineyards dating from 1978 to 2012.
The most important grape varieties in terms of Bolgheri tradition are Cabernet Sauvignon, Cabernet Franc, Merlot, Petit Verdot, and some Sangiovese and Vermentino grew to own a small plot.

Chiappini transformed into being fully organic in 2010. Today the wine production amounts to about 60.000 bottles per year. There are two main wine ranges produced: Bolgheri DOC wines Vermentino Le Grottine, Bolgheri Rosso Ferruggini, Felciaino and Guado de’ Gemoli, and the cru Liena range with the single grape varieties Merlot, Cabernet Franc, Cabernet Sauvignon and Petit Verdot. The Liena is produced in limited quantity, and only in years of outstanding vintages. It originated as an experiment of Giovanni who wanted to discover and understand how each of these grape varieties is able to express the territory.